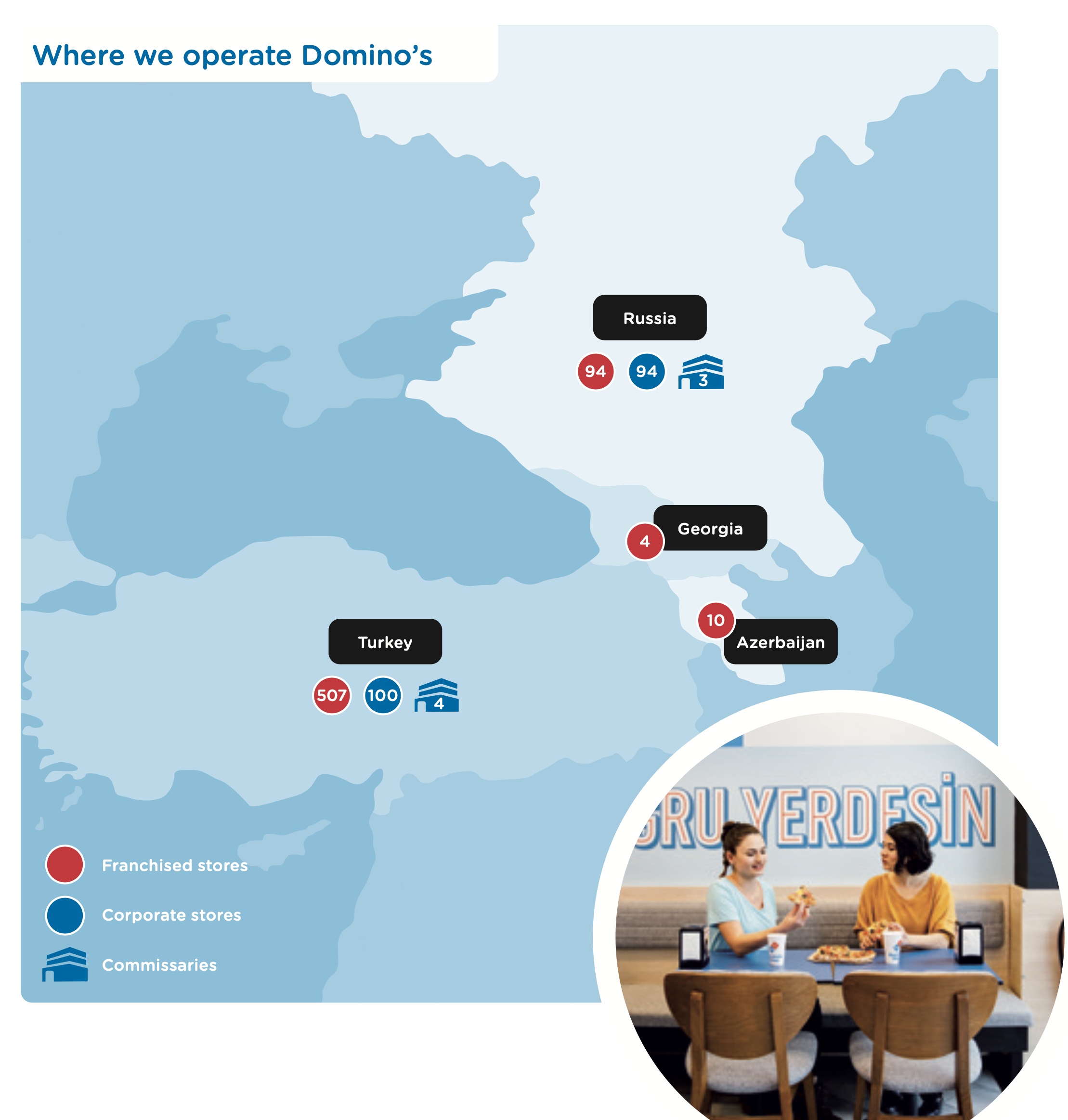 The Group was founded in Turkey with its first store opening in Istanbul in 1996. Since then the Group has expanded rapidly, opening its 100th store in Istanbul in 2008. The Group is the largest pizza delivery company in Turkey in terms of system sales and number of stores

As at 31 December 2017, based on the Group’s data on competition, the Group’s store network in Turkey was six times as large as the next largest chained competitor in the pizza sub-segment, and larger than the next six chained pizza competitors combined.

Additionally, according to latest Ipsos data, the Group enjoys the highest top-of-mind recognition in the delivery channel among fast-food players in Turkey.

Russia is the Group’s second largest market. The Group has improved its market position since acquiring the exclusive master franchise rights in 2012. As at 31 December 2021, based on the Group’s data on competition, the Group had the third-largest store network in the chained pizza sub-segment in Russia with 188 stores, representing a more than ten times increase in the number of its stores since 2014. In Moscow and the Greater Moscow region, the Group estimates that it was the largest player by number of stores as at 31 December 2021. The Group started to expand outside of Greater Moscow in December 2017.

The Group was granted the exclusive master franchise of the Domino’s System for Azerbaijan and Georgia and has since gone on to open 10 and four stores, respectively.